The responsibility of the Westtown Supervisors to protect their constituents’ environment doesn’t stop with just saying no to Toll. They need to take steps to actually preserve Crebilly. In fact, the township is long overdue for a significant open space acquisition. Not only has Westtown never had an open space bond, its open space efforts have paled in comparison to other nearby townships like East Bradford, Birmingham, Kennett Township, Pennsbury, or Willistown. Westtown could remedy this by forming a consortium of parties to purchase Crebilly. If the owners refuse to sell, then the township has the right of eminent domain to take the land for the public good (after justly compensating the owner at fair market value).**

There is substantial precedent across the United States and right here in Chester County for taking land to protect open space.*** Beyond infrastructure purposes, eminent domain has been used in the area for schools and to create parks. Garnet Valley School District seized 170 acres along Smithbridge Road to provide a central site for schools. Middletown used the threat of eminent domain to create the Darlington Trail system on both sides of Darlington Road then later took 22 acres from the Sleighton School to create playing fields and walking trails at Forge and Valley Roads. Pennsylvania condemned 2,000 acres owned by the Jeffords family in the

Toll Brothers lack of regard for historic preservation vis a vis Jewelers Row was pointed out by a township resident. Division President Andrew Semon (left) responded that he hadn't heard about it.

Both chambers of the PA General Assembly voted unanimously - twice - to approve the ERA and it was subsequently approved by more than 80% of Pennsylvanians in a 1971 referendum. With its passage, it became part of the Pennsylvania Constitution (Article 1, Section 27). It’s popularity, though, is not the reason why public officials must abide by the Amendment. Their oath of office makes it obligatory. And our courts agree. Over in Delaware County, the recent Beaver Valley lawsuit yielded a court decision which mandated consideration of the PA Environmental Rights Amendment and that the development proposal be denied if its environmental harm outweighed any public benefits. Likewise, in light of the massive evidence arrayed against the Toll Colony, the supervisors have no choice but to reject it. Everything thus far presented at the last four Planning Commission meetings indicates that negative environmental impacts (and quality of life, among other things) far outweigh any possible benefit of Toll’s proposal.

late 1960s to create Ridley Creek State Park. East Bradford Township took land for part of a trail system, and Tredyffrin Township used eminent domain to create the 90 acre Wilson Farm Park. Upper Chichester condemned Archdiocesan property in the 90s after they reneged on a lease agreement with a youth ball club which had been using the fields for years.

To get a sense of how Toll feels about the historical importance of Crebilly, it's helpful to read recent newspaper accounts about what they're up to elsewhere. Their contempt for historic sites has been well noted in the Philadelphia Inquirer, and many area residents at the previous meetings have called attention to published reports about Toll’s business practices, construction quality, and broken promises.

They've also shown little regard for the environment and taxpayers. Toll was recently guilty of violating the Clean Water Act and was made to pay $750,000 in fines. The Wilmington News Journal recently detailed Toll’s failed lawsuit against New Castle County which had demanded that Toll pay for all needed infrastructure upgrades for a proposed large development. Losing that lawsuit in Delaware hasn’t stopped Toll from trying to foist the cost of major road infrastructure improvements onto Westtown Township and PennDOT (i.e., taxpayers) even though they would make tens of millions from their Colony. School district and township taxpayers would be on the hook for hundreds of new students and additional township services, too. Taxpayers downstream in Wilmington would pay higher costs to treat more degraded drinking water pumped from the Brandywine. Aside from paying for some minor road adjustments, Toll would be externalizing all other public costs onto the community. And they’ve had the gall to ask for "bonus density" to connect to the sewer system and make other road improvements even though they claim they've submitted a “by right” plan. 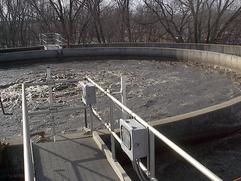 Wilmington's pumping station withdraws many thousands of gallons of drinking water each day from the Brandywine Creek. All undeveloped areas along the creek north of this pumping station represent critical watershed. Toll would degrade a large swath of that watershed with its Colony.

But while all of these criticisms are valid and important to point out, it’s also like blaming sharks for attacking swimmers. Toll wants to maximize profits like any other corporation concerned only for the bottom line. Of course, that’s not how they want you view them, yet despite Toll’s statements to the contrary, the public good has nothing to do with what they do. The Westtown Township Supervisors, on the other

At the past few planning meetings, Toll has gone to great lengths to convince you not to believe your own eyes. That’s because they don’t just want to build a development: they want to build a virtual colony. Since they can’t hide the enormous size of their proposed development, they want to try to hide its harm. They would have you believe that their enormously invasive Colony of 317 houses won't send contaminated stormwater to Radley Run and the Brandywine Creek. They want you believe that their “treated” sewer effluent laden with chemicals, pharmaceuticals, and antibiotics won’t contaminate groundwater. They want to convince you that they would set aside 193 acres of open space despite what their plans plainly show. They’ve given assurances that your local roads won’t be burdened by 2,700 vehicle trips coming and going from this development each day because they’re going to add one turn lane and “re-phase” the traffic signals at 202 and 926. Toll would rather you not know that they’re planning to desecrate hallowed ground by paving over the site where part of the Battle of the Brandywine took place. They pretend they've submitted a "by right" plan even though they've not netted out environmentally sensitve acreage. No doubt that at the next planning meeting, they will tell us it will economically benefit Westtown and that it won’t trigger a need for new school and township services and taxes.*​

hand, were elected to look after the public good and swore an oath that they would protect the interests of their constituents and uphold the Pennsylvania Constitution of which the Environmental Rights Amendment (ERA) is a part. The ERA was passed at a time when people were waking up to the fact that our environment was being used as a dump by commercial interests who had for decades been externalizing large portions of their production costs onto the public in the form of pollution. 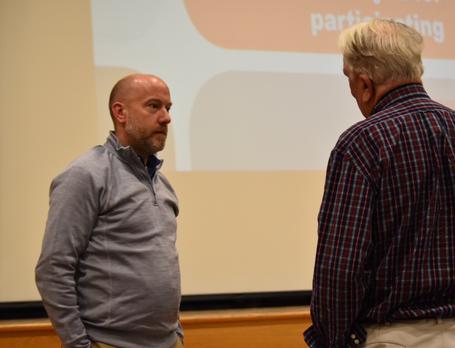 Growth of any kind, "smart" or otherwise, will only make this problem worse. There’s nothing smart about continuing to build out our county indefinitely. What will it look like in 50 years if developers are permitted build on all remaining land? Decades ago, the Delaware Valley Regional Planning Commission recognized this problem and recommended that townships along 202 restrict growth and protect more open space. A slow drive down 202 is stark evidence of how that recommendation was largely ignored by the townships along the corridor, with Westtown playing a significant role in this overdevelopment.

In Hamilton Township, Burlington County (NJ), town officials there actually seized land from a developer who was the equitable owner of 50 acres. Officials said that they wanted to restrict development to protect the character of their town and limit demand for new township services. A three judge panel in Burlington County agreed with the town, finding that avoiding development was a legitimate reason to take land away from a developer through eminent domain. The judges wrote, "We conclude that a municipality's acquisition for open space of properties on which residential development is planned constitutes a proper use of eminent domain power.” The same three judge panel also found in favor of Mount Laurel, New Jersey which took land for similar reasons.  The court added that open space better serves the public than development when conserving the land would prevent a decline in quality of life. The examples cited here are hardly an exhaustive list of "takings" for open space in our area. 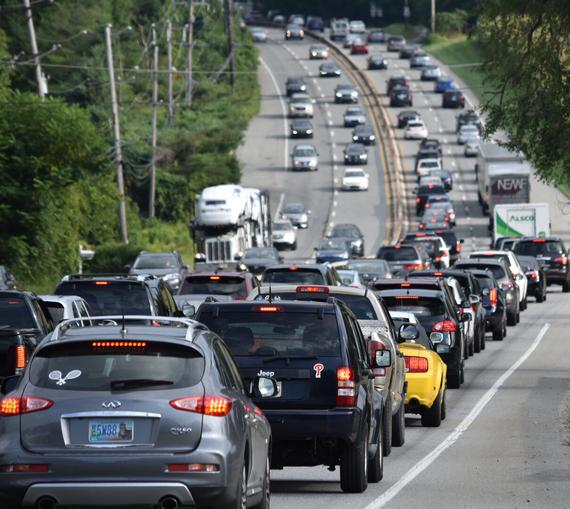 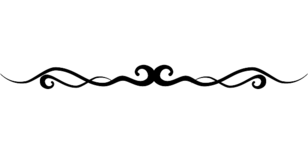 * According to research done by the several national land trusts, the cost of new residential developments cost between $1.03 and $2 for every new dollar of revenue they raise.

** Those who complain that this would raise taxes will of course ignore the higher taxes that would result from allowing the Toll Colony to be built. Moreover, those tax increases would be permanent while any debt incurred from protecting Crebilly would be temporary. Once the debt was retired, Crebilly would be the open space gift that kept on giving.
​
***Perhaps one of the most famous cases of using eminent domain to protect open space came in 1983, in the resort town of Telluride, Colorado, where a developer purchased a 572 acre parcel adjoining protected land in order to build houses, hotels, and a golf course. Unmoved by arguments to sell the land to the town in order to keep it open, he moved forward with his plans that would have completely changed the character of the town. So it was with overwhelming public support that Telluride’s town council condemned the land. Their position was that the public good was better served by leaving the land along the San Miguel River as open space and protecting its recreational, ecological, and historical value. The Colorado State Supreme Court upheld the confiscation, saying “especially overcrowded mountain towns need to preserve their recreational and natural assets.” How is the situation in Westtown any different? 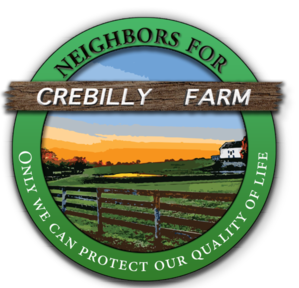 Aside from being acutely unpatriotic, how else would you describe Toll's proposal to desecrate hallowed ground where soldiers fell on the battlefield? 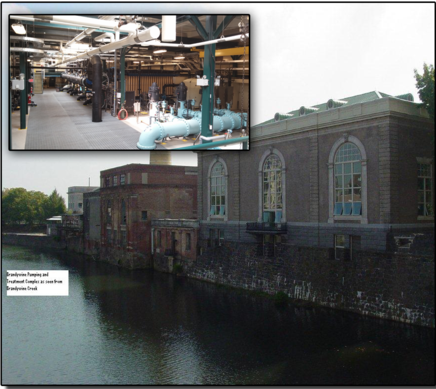 In the face of all the negative publicity they’ve been getting, one would think Toll would be desperate for some good press. Yet when asked if they would add a small profit to their purchase price and then sell Crebilly to Chester County to preserve it, Toll Division President, Andrew Semon,  said flatly, “no” right after he claimed that Toll once purchased open space and donated it to a township. We weren't surprised that an online search yielded no evidence for his claim. And we're not going to let Toll count "open space" that they had to set aside as part of a development project like Liseter.  In the end, Toll is not going to do the right thing which is why eminent domain is our last line of defense to protect Crebilly Farm for future generations. ​

What Toll Doesn't Want You to Know 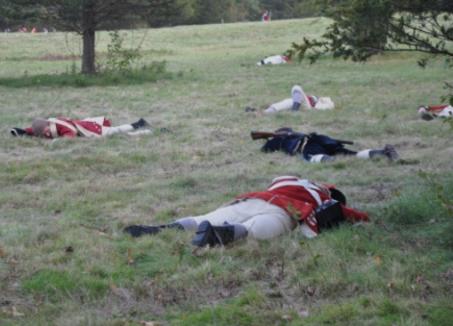 "The people have a right to clean air, pure water, and to the preservation of the natural, scenic, historic and esthetic values of the environment. Pennsylvania's public natural resources are the common property of all the people, including generations yet to come. As trustee of these resources, the Commonwealth shall conserve and maintain them for the benefit of all the people"