More than 34 million gallons of contaminated wastewater would drain each year into the groundwater from Crebilly from Toll's development. Area residents wouldn't be able to escape this by drinking bottled or filtered water, either.  Unless they're willing to wear a respirator when taking a shower, contaminants would be inhaled as they’re atomized in the shower. (And also absorbed through the skin)
. 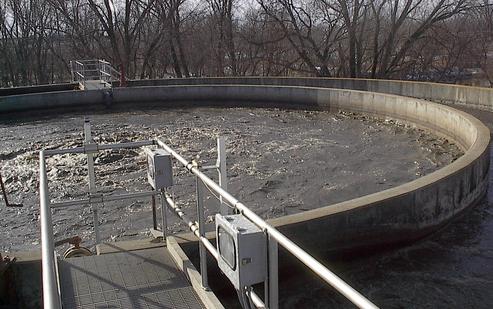 Click the image for one of Scientific American's reports on wastewater. 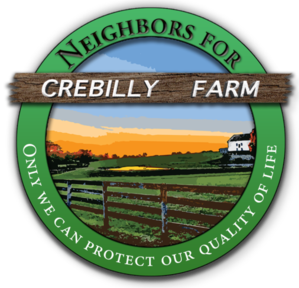 In case you missed our last article =>

It's bad enough that we discharge contaminated effluent into streams, but many waterways receiving effluent are not sources for drinking water. Plus, they can be tested downstream to ensure contaminant levels are not spiking. How can groundwater be tested "downstream"?  How can pollution/contamination be attributed to a particular source.  Higher levels of contaminants could in effect be discharged into the ground unbeknownst to well water users.

​Concerned area residents spoke to the many wastewater issues at the January 10th meeting at Rustin High School.

Ground and surface water are part of the same hydrologic system such that contaminated groundwater would also enter Radley Run via springs and drain to the Brandywine Creek on which hundreds of thousands in New Castle County depend for drinking water. And the Toll development would also contribute substantial surface pollution as well in the form of  fertilizers, pesticides, herbicides, pet waste, etc. Add to this toxic cocktail automotive fluids like oil, antifreeze, gasoline, windshield fluid, brake fluid, and God knows what else®. All this too would wash downhill and into the Brandywine Creek. The Brandywine Conservancy has spent the last 50 years protecting 50,000 acres of this watershed. Their efforts reach as far away as Honeybrook, more than 30 miles the way the crow flies from Wilmington. Yet Toll’s development, in one fell swoop, could come along and degrade the watershed just 10 or so miles upstream of Wilmington’s pumping station on the Brandywine Creek.   ​
​

Some might say that hazardous compounds in the effluent would be broken down by bacteria in the soil, filtered out by percolating through various rock layers, or simply minimized by diffusion. Yet the effluent would already be subjected throughout the process to bacterial action, and the sheer volume of effluent discharging into the ground would quickly overwhelm any natural filtration or diffusion capacity. For example, total water usage on average per day per person in the U.S. is between 80 and 100 gallons. Ten gallons of that would come from toilet use (assuming a 1.6 gallon high efficiency commode) and the rest from other uses like showering, hand washing, etc. Using just a three person per household average occupancy (which is certainly low) at 317 homes, 34 MILLION gallons of contaminated effluent would have to miraculously be filtered by the ground before it reached the water table. 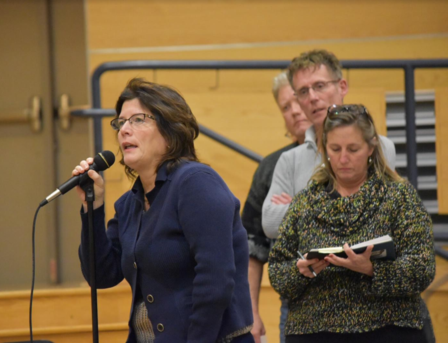 In light of these concerns, Toll should be required to connect to public sewers, but they must not get any bonus density for connecting. They claim to have submitted a “by right” plan*, and with that should come the responsibility to bear all the costs of that development. The residents of this area should not have to subsidize Toll’s “by right” costs in the form of greater traffic congestion, scenic blight, higher taxes for more needed services...

Despite scuttlebutt that the Municipal Planning Code will effectively tie the hands of the Westtown Supervisors by forcing their approval of this conditional use proposal with conditions attached, the supervisors are free to vote yes, no, or yes with conditions attached. Most importantly, though, their decision must take into consideration the Pennsylvania Environmental Rights Amendment which supercedes the Municipal Planning Code. According to this unanimously passed 1971 amendment**, public officials are required by law to protect our environment. This is not optional. As we saw in the fight to save Beaver Valley just down Route 202, environmental considerations trumped all other concerns and that was the primary reason given in the legal decision. It's why Beaver Valley will be saved. Based on the environmental harm Toll’s overreaching plans would cause, the planning commission should vote to not recommend this plan to the supervisors, who should when it’s their turn, reject the Toll conditional use proposal.

One of the options for sewage disposal floated by Toll for its proposed Crebilly development is an “on site” waste water facility which would discharge “treated effluent” into the ground via drip irrigation. This process as described by Toll would have us believe that the effluent from this facility would be almost equivalent to potable water. Since it would drain to the water table in an area where many people get their drinking water from wells, it’s important to know what’s actually in this “treated” effluent.

Waste water treament facilities are designed to treat biological waste. They’re set up to remove solids and harmful bacteria and neutralize other natural compounds. They are not designed to remove pharmaceuticals, household chemicals, and antibiotics. According to several reports by Scientific American and others, only about 50% of many non-biological contaminants/pollutants (on average) can be removed by current wastewater technology and some contaminants have even lower removal rates.  Varying percentages of hundreds of different pharmaceuticals, dozens of poisonous household chemicals, and many antibacterial compounds (present in many soaps, detergents, and cleaning products) would drain into and accumulate in groundwater in the area around Crebilly, contaminating wells with a high degree of certainty.
​

* Toll’s “by right” numbers don’t add up. Typically, the number of environmentally constrained acres are netted out of the total site acres and this lower number becomes the basis for determining the by right number of houses. Crebilly (322 acres) is zoned one house per acre. Subtract about 50 environmentally sensitive acres (streams, wetlands, steep slopes) from this, and Toll should have proposed 270 houses or less. Another reason for the supervisors to reject this proposal.

**The Environmental Rights Amendment first passed the House 190-0 in June of 1969 and then the Senate passed it 39-0 in March of 1970. It passed the House again in February of 1971 with a vote of 199-0. The Senate then again approved it that same month with a vote of 45-0. When it was time for the public to approve it by referendum, it received more than one million yes votes to just 259,979 no votes. Our PA Supreme Court recently reflected on the overwhelming support the amendment enjoyed: "To say the Environmental Rights Amendment was broadly supported by the people and their representatives would be an understatement."​​